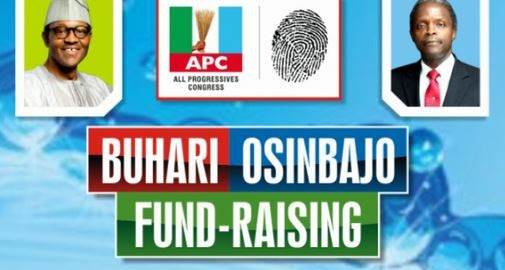 Federal Government has asked for the closure of a fund-raising platform set up for supporters to contribute N100 to the presidential campaign of Muhammadu Buhari and Prof. Yemi Osinbajo.

Lagos State Governor, Mr. Babatunde Fashola, revealed on Thursday that the Fed. govt. has asked for the closure of APC presidential campaign platform. Fashola who is also the Director of Buhari/Osinbajo Campaign Fund, expressed his disappointment at a news conference in Lagos House Marina.
He said the Fed. government's decision to shut down the Campaign Fund-raising platform was nothing but repression of freedom, which also violated section 39 of the 1999 Constitution.