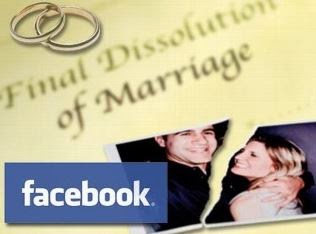 Facebook is now responsible for over a third of divorce cases that involve cheating.

According to the Mirror, law researchers now use Facebook to learn about acts of cheating and debauchery, because it tracks individual’s movements and records them.

Lake Legal, a law firm that is based in Leeds, England, have explained that most of their infidelity cases revolve around social media users who have perused Facebook to get back in contact with former lovers that they hadn’t heard from in years.

Lyn Arton, a managing partner at the firm, explained how Facebook has become integral to their adultery cases.


“Social media provides an ongoing log of our lives. The sharing of written posts and pictures, often with geo-tagging, provides a record of activities that can be used in a court case.

Often, if a partner refers to an impending bonus, a new job offer, or plans for a holiday, it may provide evidence that they are not telling the truth about their financial position. At they very least, it could call their credibility into question. It’s like having a massive public noticeboard.”

Employees at the law-firm explained that they have looked through over 200 cases learning that Facebook had actually been used for evidence in over 33% of them.

Arton noted that there was one client who insisted that she wasn’t actually in a relationship with anybody, but then specialists were able to discover that she had posted a message inviting a group of people to a housewarming party for her and her boyfriend.


“Photographs and comments made on these forums can be used as evidence of relationships or of a lifestyle which contradicts what people will otherwise try to portray.”

Hawkhead also declared that Facebook users need to be more aware of what they are “leaving about themselves” on the world wide web, noting that it can all be found at the push of a button.


“People need greater awareness of what information they are leaving about themselves on the internet which is otherwise waiting to be found at the touch of a button.”