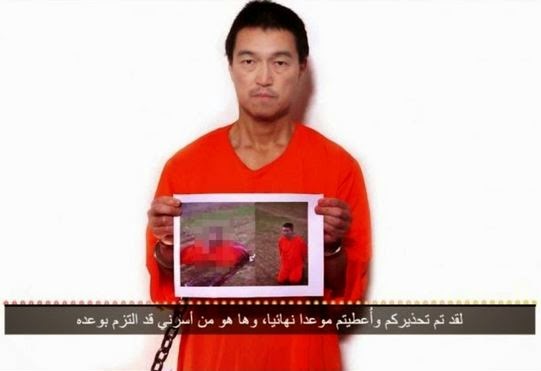 Islamic State have reportedly released an audio video announcing the execution of one of the two Japanese hostages who were being held by the extremist group.

The video, which is nearly three minutes long, consists of a still photo of captured Japanese journalist Kenji Goto, holding an alleged photograph showing the beheaded corpse of his fellow hostage, Haruna Yukawa.

According to International Business Times, In the video, Goto is allegedly recorded speaking in English, claiming  that his captors are no longer demanding the $200m (£133.4m) ransom and are now calling for a prisoner swap.

Islamic State are demanding the release of failed female suicide bomber Sajida Mubarak al-Rishawi, who attempted to blow herself up as part of the 2005 Amman bombings in Jordan.