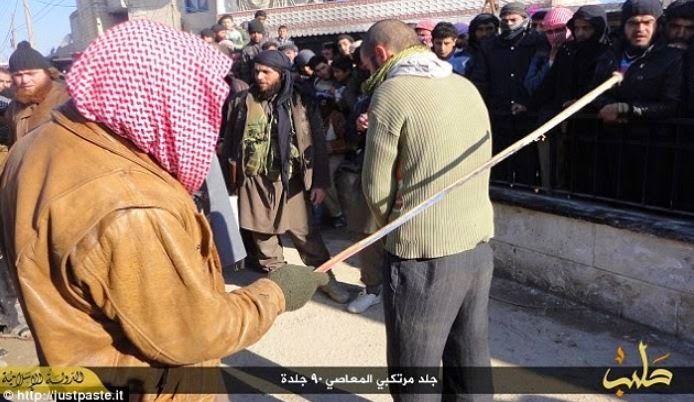 After executing 13 young boys for watching football, the Islamic State religious police have been filmed beating musicians and destroying their instruments as punishment for playing an 'un-Islamic' keyboard.

The men were pictured being hit across the back and legs with a wooden stick in a public square after ISIS's fanatical Islamic enforcers ruled the electric keyboard was 'offensive to Muslims'.

The pictures shared on a file sharing website also shows two keyboards smashed to pieces after raids thought to have taken place in Bujaq, a few miles to the east of Aleppo in Syria 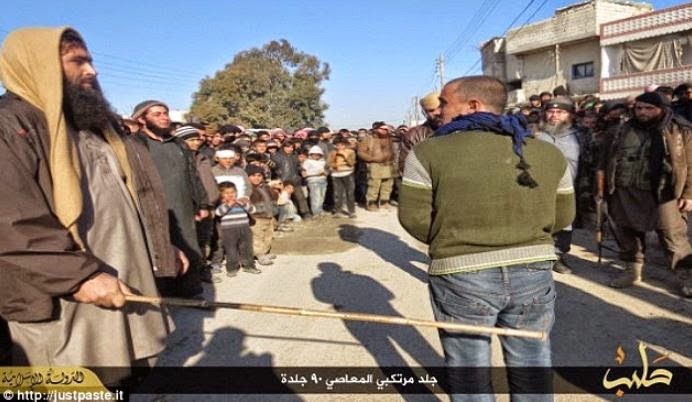 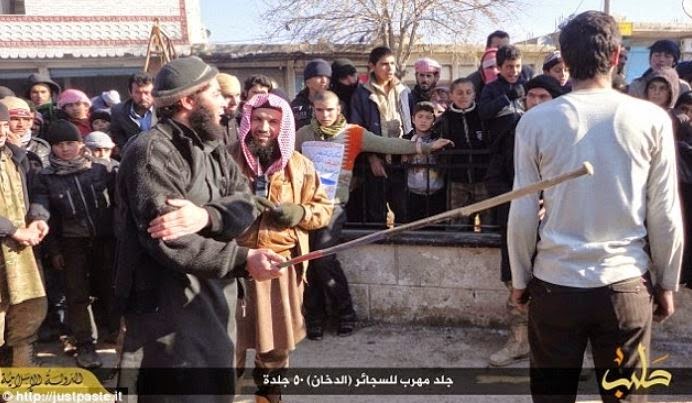 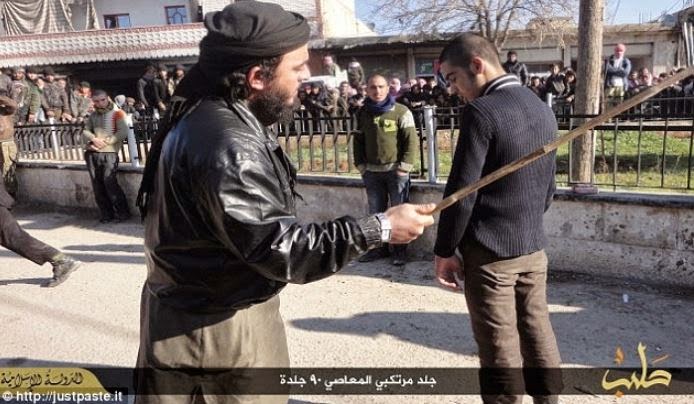 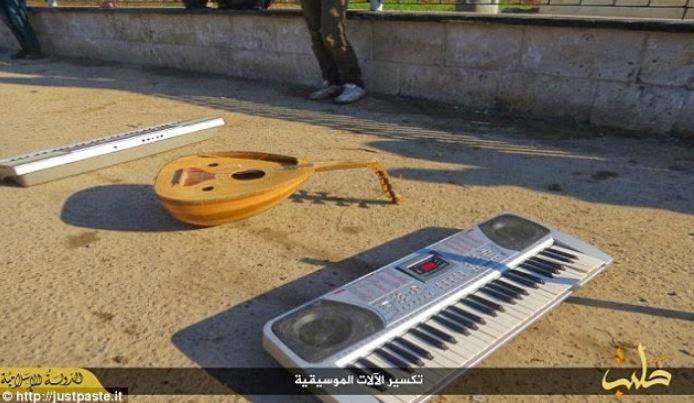 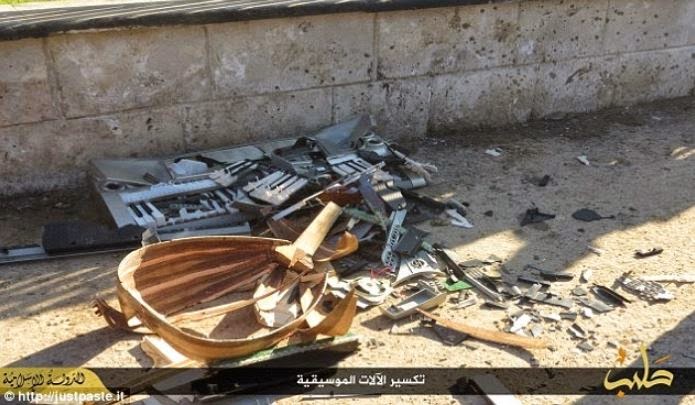