2.9b Arms Procurement: Buhari Orders Arrest of Sambo Dasuki, Others 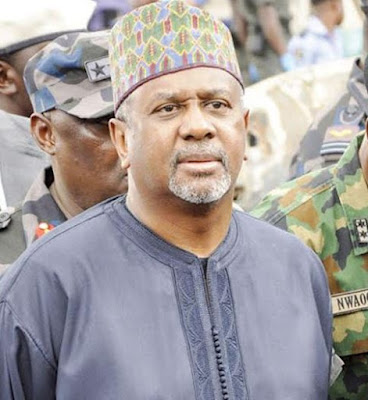 In ordering the arrest, President Buhari observed that the actions of the erstwhile NSA brought the nation to international ridicule as the failure to procure the arms incapacitated the military in the face of the insurgency orchestrated by the Boko Haram sect.

The development followed the release of the interim report by the presidential committee investigating arms procurement.The order was also extended to several others who were found culpable in the saga.

The president had on August 31 set up the 13 man committee to audit the procurement of arms and equipment in the Armed Forces and Defence sector from 2007 to date.

A statement by the Special Adviser to the President on Media and Publicity, Mr. Femi Adesina, stated that Dasuki expended $2,193,815,000.83 on arms, a figure he said did not include grants received by the police and the Department of State Services, DSS, from state governments.

The statement read thus: “As part of the findings, the committee has analyzed interventions from some organizations that provided funds to the Office of the National Security Adviser, Defence Headquarters, Army Headquarters, Naval Headquarters, and Nigerian Air Force Headquarters, both in local and foreign currencies.

“The foreign currency component is to the tune of Two Billion, One Hundred and Ninety Three Million, Eight Hundred and Fifteen Thousand US Dollars and Eighty Three Cents ($2,193,815,000.83).

“These amounts exclude grants from the state governments and funds collected by the DSS and Police. It was observed that in spite of this huge financial intervention, very little was expended to support defence procurement.

“Interestingly, it was noted that the amount of foreign currency spent on failed contracts was more than double the $1bn loan that the National Assembly approved for borrowing to fight the insurgency in the North East. “The committee also discovered that payments to the tune of Three Billion, Eight Hundred and Fifty Million Naira (N3,850,000,000.00) were made to a single company by the former NSA without documented evidence of contractual agreements or fulfilment of tax obligations to the federal goverment.

Adesina in the statement added that the former NSA also directed the Central Bank of Nigeria to transfer a certain amount to accounts domiciled in the United Kingdom and the United States.

“Additionally, it was discovered that the former NSA directed the Central Bank of Nigeria to transfer the sum of $132,050,486.97 and €9,905,473.55 to the accounts of Societe D’equipmente Internationaux in West Africa, United Kingdom and United States of America for un-ascertained purposes, without any contract documents to explain the transactions.

“The findings made so far are extremely worrying considering that the interventions were granted within the same period that our troops fighting the insurgency in the North East were in desperate need of platforms, military equipment and ammunition. Had the funds siphoned to these non performing companies been properly used for the purpose they were meant for, thousands of needless Nigerian deaths would have been avoided.

“Furthermore, the ridicule Nigeria has faced in the international community would have been avoided. It is worrisome and disappointing that those entrusted with the security of this great nation were busy using proxies to siphon the national treasury, while innocent lives were wasted daily.

“In light of these findings, President Muhammadu Buhari has directed that the relevant organizations arrest and bring to book, all individuals who have been found complicit in these illegal and fraudulent acts”, the statement submitted.