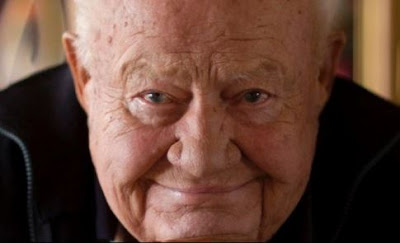 Clifton James, a longtime character recognizable from as a Southern sheriff type in films and TV shows from Cool Hand Luke and Dukes of Hazzard to a pair of James Bond movies, died today of complications from diabetes at 96.

James’ death was reported by the Associated Press, with his daughter Lynn James confirming he died at another daughter’s home in Gladstone, Oregon.

The actor played Sheriff J.W. Pepper in the Bond films Live and Let Die (1973) and The Man with the Golden Gun (1974), but was a familiar face from scores of appearances, including in such films as Cool Hand Luke, Silver Streak, Eight Men Out and The Bonfire of the Vanities, The New Centurions, The Chase and The Happening.

Likely from his roles as a prison guard in 1967’s Cool Hand Luke and a sheriff in 1969’s The Reivers, the Spokane-born lifelong Northwesterner often played Southern law types, sometimes for laughs, as in Superman II, Silver Streak, Dukes of Hazzard and the Bond films.

He is survived by five children and an extended family.