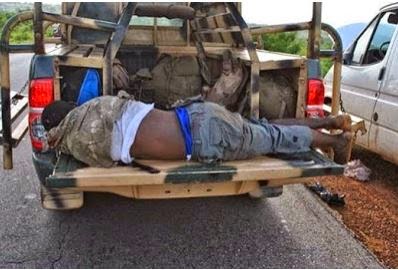 The leader of a terrorist gang identified as Mallam Husaini was shot dead yesterday 20th of June along Jos / Bauchi express road by military men after he and his gang attacked military convoy on patrol and engaged soldiers in a shoot out.

In a press statement released by the Defence Headquarters yesterday, Mallam Husaini had led and instrumented series of attacks on security personnel and spearheaded the attack on the Police Special Anti-Robbery Squad HQ in Abuja in Nov. 2012. Husaini also led the attack on a military convoy moving from Lokoja to Kaduna which led to the death of two soldiers in January 2013.
The military recovered a Ford bus used by the terrorists to operate, 8 Primed Improvised Explosive Devices, rifles, pistols and about 70 rounds of ammunition after the shoot out. 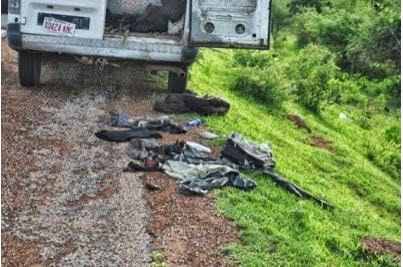