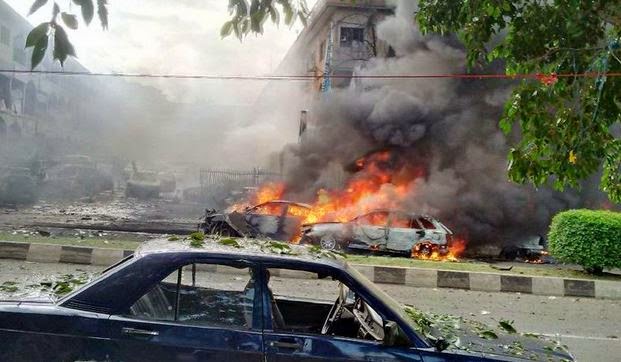 The Coordinator, National Information Centre, Mr Mike Omeri, said on Wednesday that soldiers killed one of the two suspected bombers of EMAB Plaza in Abuja and arrested another.

Omeri told newsmen in Abuja that the attackers came on a power bike and planted an Improvised Explosive Device (IED) by the entrance of the shopping mall.

He also confirmed the death of 21 persons and 17 others injured in the blast which also damaged several vehicles.