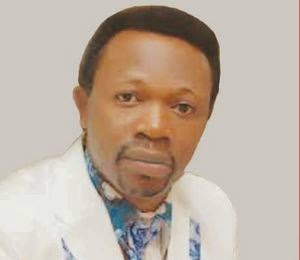 Pastor Joshua Ignila who is the General Overseer of God of Cham­pion Royal Assembly in Abuja has revealed another prophecy after prophesying that Germany would win the World Cup which they did.

According to the Sun, Brother Ignila told his congregation that, Boko haram leader, Shekau would be captured very soon and a low ranking officer will shoot him on the leg. Also said that people living in Abuja should be careful between today, Monday July 28th and Wednesday 30th.

"I hear the sound of bomb in the city and I call on security agencies to tighten security in Abuja between Monday and Wednesday.”

He also saw a vision that a private jet carrying some Nigerian governors who are opposed to certain decisions in the country would crash...

"I have warned them through my broadcast on Champions Television and I have tried to reach out to those I saw in my prediction. It is going to happen soon and nobody should blame anybody for it. It is either they retreat from that meeting they want to attend or they will perish.”

...Let the will of God prevail. Amen!