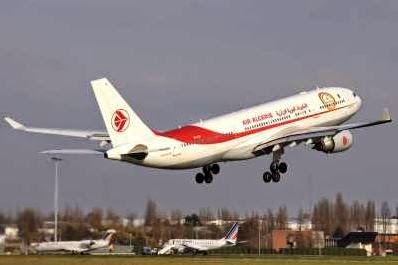 Algeria's national airline says it has lost contact with one of its planes, Flight AH5017 carrying 11

Reports have it that the plane went missing after about 50 minutes. Air Algerie has initiated an “emergency plan” in the search for the flight.


The plane is chartered from Spanish airline Swiftair who said in a statement that the aircraft was an MD83 and that they were unable to establish contact with the plane. The company said in a notice posted on its website that the aircraft took off from Burkina Faso at 0117 local time and was supposed to land in Algiers at 0510 local time but never reached its destination.

What is happening to this world? Plane crash here and there, war everywhere... God help us!