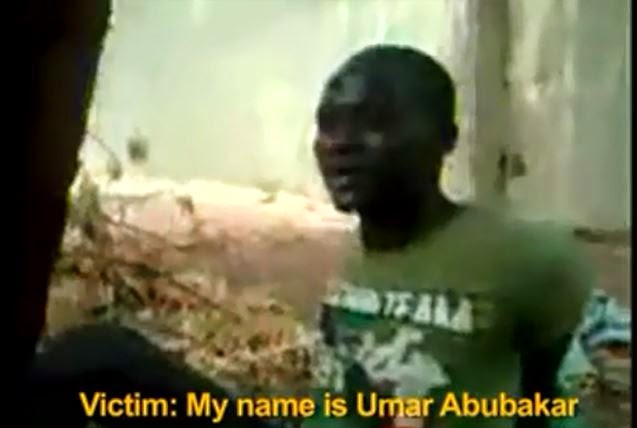 The video after the cut shows how Boko Haram members gruesomely decapitate an air force officer in Northern Nigeria. The air-force personnel identified himself as Umar Abubakar after a series of interrogation by the dreaded Nigerian Jihadists known as Boko Haram.

Before Abubakar was murdered, he identified himself as a member of Section 9 of the Nigerian Armed Forces involved in anti-terrorism operations against Boko Haram. The terrorists ask him to state his monthly his salary and he told them N40,000.

"So you were sent to kill Boko Haram? And you are serving the state instead of Allah? We are members of Jama'atu Ahlis Sunna Lidda'awati Wal-Jihad and Allah has given us an infidel today," one of the Islamist sect's leaders said in the video.