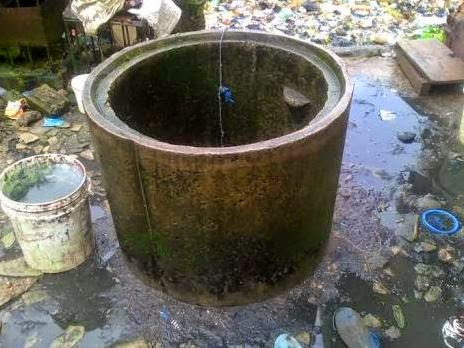 This morning, a man was found dead inside a well head down with his slippers placed at the side of the well as pictured above in a public compound at Akanyn street, Shibiri road, Ilemba in Ojo, Ajangbadi, Lagos.

Several residents of the house had fetched water from the well this morning without noticing before someone discovered there was a dead man inside it. Residents pulled the corpse from the well and discovered that it was a carpenter living around that was suffering from heartbreak after his wife left him recently.

Eyewitnesses claim they saw him a day before the incident happened, that he drank to stupor and became very drunk. No one knew how he fell into the well.

Nigerian Security and Civil Defence Corps, Ojo division and Ajangbadi police came and took the corpse away for further investigation. 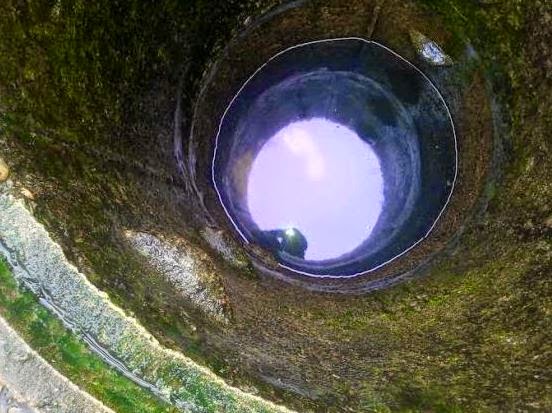 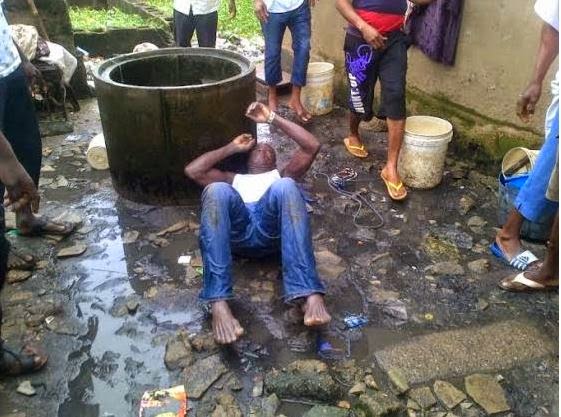