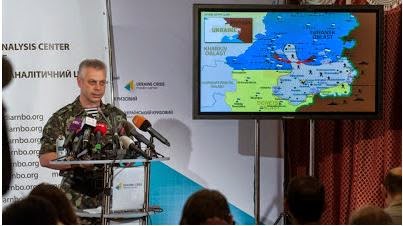 Rebels in Ukraine have kidnapped nine Nigerian students in the Ukrainian city of Lugansk.

Ukrainian news agencies say militants abducted the Nigerian students on Monday and have been holding them as prisoners at an occupied government security building. The city is deep inside rebel-held territory, close to the Russian border.

Colonel Andriy Lysenko, a spokesman for Ukraine's National Security and Defense Council, on Wednesday told a news conference that negotiations are underway to free the abducted Nigerian students. That people with experience conducting negotiations were now making contact with what he called "the terrorists." Adding that Ukrainian officials hoped the talks would end "successfully in the near future."

Separatists seeking greater autonomy have been waging a bloody battle in eastern Ukraine against the government.