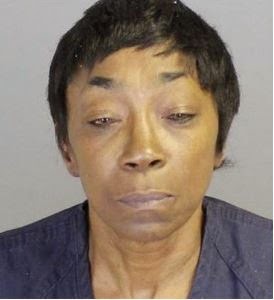 A 58 year old Michigan woman was convicted of shooting her lover suspecting that he was cheating on her could be released.

Sadie Bell admitted that she shot her lover Edward Lee in the stomach last year because “he wasn’t producing enough release.”

Bell, who was convicted in April, 2013 has been granted a $10,000 bond and is due to be released as soon as she posts it, CBS Detroit reports.


Prosecutors have appealed the ruling.

“She stated that she knew he was having an affair because he wasn’t producing enough release,” Walton told CBS Detroit. “She also said to the police some very graphic things about how she expected him to perform, she was a cheap date, she liked s*x, she expected him to be able to do what he’s promised; and she said, in essence, to quote her, she was pissed off, so she shot him.”

It is rare for people convicted of crimes to be released while their appeals are heard. Usually they remain behind bars during that process.

Court documents obtained by the Detroit Free Press say Bell shot her ex-husband in 1991, but was never charged. The man survived the attack.

Lee was hospitalized after the shooting and is still in recovery.