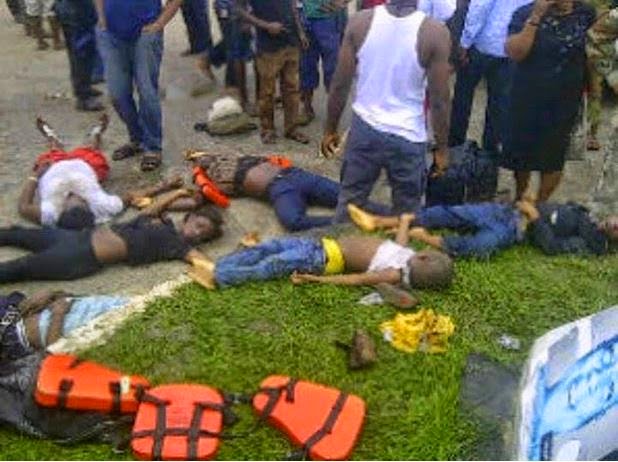 
“We can confirm that 10 persons died early today when a Port Harcourt-bound passenger boat sank. Rescue efforts are ongoing and the agency is already working with other bodies and security agencies in the rescue efforts.”

The chairman of Bonny local government council, Adonye Wilcox, also confirmed the accident, which he said occurred at 7:45 am (0645 GMT).


“Information available… indicates that the boat hit an object on the way and sank. Local divers have rescued 17 persons, including four members of the National Youth Service Corps, while 10 persons died as a result of the accident”.

A search was being conducted for the eight people unaccounted for, Wilcox added. Boat accidents in Nigeria occur frequently and are often caused by overloading, poor vessel maintenance, speeding and poor lighting.