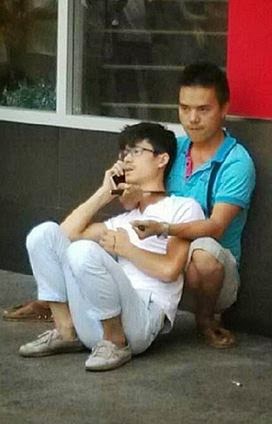 A jeering crowd in China urged a hostage-taker to kill himself after he let his victim go and held knives up to his own throat instead.

According to Mailonline, Gong Tseng, 30, had been holding his cousin Cui Meng, 29, hostage at knife-point after a family dispute broke out in the city Chongqing, in southern China.

Police managed to persuade Tseng to release Meng after a two-hour standoff, but when he turned the knives on himself the crowd lost patience.

See more pics after the cut: 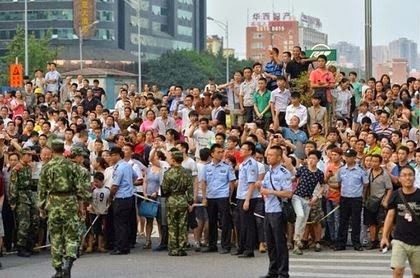