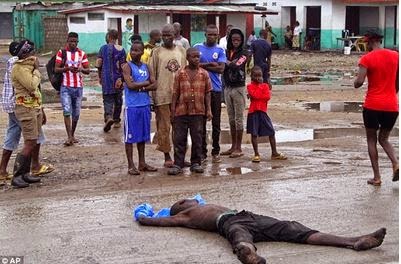 Dogs are digging up the corpses of Ebola victims buried in shallow graves in Liberia and eating them in the street, villagers have claimed.

Furious residents of Johnsonville Township, outside capital Monrovia, raised the alarm after packs of wild dogs were spotted digging up corpses from a specially-designated 'Ebola graveyard', dragging them into the open and feeding on their flesh.