Home Gossip News Ebola Saga: Death rate can increase to as much as 20,000, US official warns epidemic will get worse

Ebola Saga: Death rate can increase to as much as 20,000, US official warns epidemic will get worse 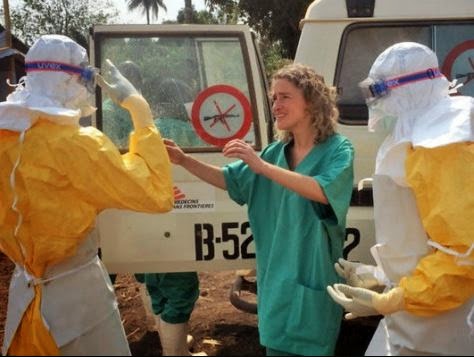 The recent Ebola virus outbreak in West Africa is going to get worse before it gets better, according to the top US public health official.

Tom Frieden, the director of the Centers for Disease Control, said the epidemic-the worst outbreak ever- would need an “unprecedented” response to bring it under control.

Health ministers from across West Africa are due to meet in Ghana to discuss the growing crisis.

The World Health Organization says the outbreak has killed 1,427 people out of an estimated 2,615 people.infected.

Liberia has been hardest-hit of the affected countries, with 624 deaths and 1,082 cases since the start of the year.

“The cases are increasing. I wish I did not have to say this, but it is going to get worse before it gets better,” he admitted.

“The world has never seen an outbreak of Ebola like this. Consequently, not only are the numbers large, but we know there are many more cases than has been diagnosed and reported,” he added.