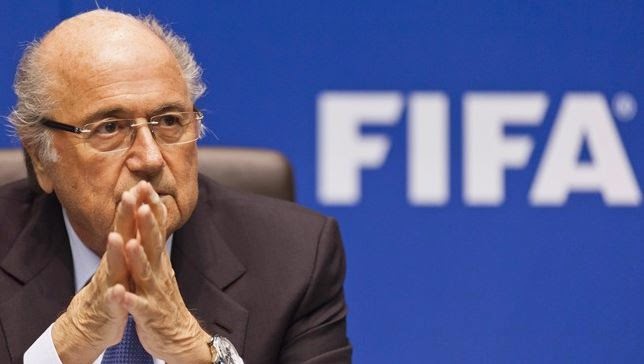 World football governing body FIFA has warned Nigeria could be banned by Tuesday if an “elected” executive committee led by Chris Giwa does not vacate the Nigeria Football Federation (NFF) office by midnight Monday.

In a letter dated Friday, 29 August and signed by FIFA secretary general Jerome Valke, FIFA warned Giwa and his executives to stop parading themselves as NFF officials.

FIFA said they do not recognise the executives’ election from Tuesday, although the global footballing body said that “it appears the ministry of sports has recognised them”.

“We will not recognise the outcome of the above mentioned elections and should there still be persons claiming to have been elected and occupying the NFF offices at midnight on Monday 1 September 2014, we will bring the case to the appropriate FIFA body for sanctions, which may include the suspension of the NFF,” read the letter addressed to NFF secretary general Musa Amadu.

Giwa and his executives took office on Wednesday and the following day paid a courtesy call to sports minister Tammy Danagogo, who promptly endorsed their election.

The immediate consequence of a FIFA ban on Nigeria would be the African champions forfeiting two 2015 Africa Cup of Nations qualifiers fixed for 6 September against Congo in Calabar and 10 September against South Africa in Cape Town.

The crisis caused by the purported election has meant league matches will not be played across the country as scheduled this weekend after referees, club managers and players announced a boycott until the situation is resolved.

Two months ago, Nigeria was suspended by FIFA following direct government interference in the running of the game in the country when a court sacked the elected NFF executive committee led by Aminu Maigari and the sports minister appointed a civil servant to head the NFF.

In Friday’s letter, FIFA accepted the decision of the majority congress where 39 of the 44 members resolved at an ad hoc general assembly for executive committee elections to now take place on 4 September.