"I am tired of people calling me a gay" - IK Ogbonna 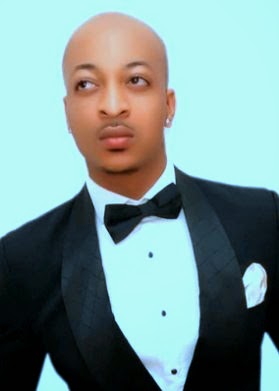 IK Ogbonna became another celebrity to face the wrath just like Uti and Alex Ekubo, has always been trailed by gay rumours. Even when he flaunts photos of himself with ladies, people say he is just using that as a cover up. He opened up on his frustration to Punch.


“I am tired of the gay rumours trailing me. You can never pick out any man with whom I have had an affair in the past, but you can link me to some of the ladies I have dated. It is funny because I am sometimes called a ladies’ man and at times rumoured to be a gigolo – gay.


These three things do not relate to one another.

“That I have chosen to adopt the UK style of dressing, which typically comprises tight pants, should not make me gay. The fact that I have friends in the industry that I choose to hang out with should not make me a gay. I really don’t care about what people think of my personal life. I can’t spot anyone as being gay in the industry and I don’t see anything wrong with two guys or ladies being close friends. Until I am approached by a guy or I see guys getting down together then I can conclude that he is gay.”

On why he flaunts his relationship on social media


“A lot of celebrities do not want anyone to know they are in a relationship for several reasons or out of fear. I don’t put out pictures for anyone to draw conclusions or create any form of illusion. As far as you are human, you must feel love at some point in time. I might be seeing someone and she is Columbian.

“A lot of people say that I will lose fans because I posted a picture of another lady on my Instagram account. I don’t have any reason to hide my affair. It is a good thing and even God in heaven smiles at it. I will try to flaunt it as much as I can. But right now, I am not ready for marriage.”