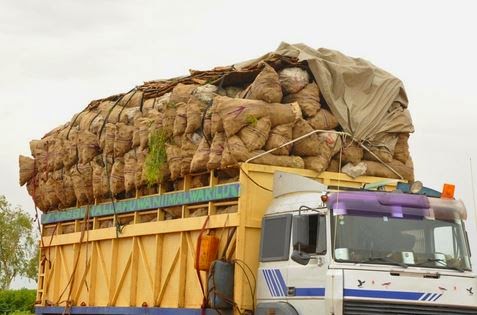 In the fight against Ebola,the Nigerian customs intercepted and burnt a trailer load of smoked monkey meat being smuggled into the country through the Jibia border in Katsina state.

According to The Nation, the officer who led the operation, Assistant Comptroller, Gambo Azare, told newsmen at the site where the seized meat was destroyed that the driver of trailer conveying the killer meat took to his heels, abandoning the vehicle when the trailer ran into a ditch after a hot chase by his men.

Monkey is suspected to be one of the major sources of Ebola.

See another pic after the cut: 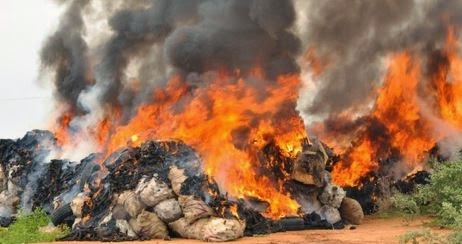