Home Gossip News Some witches have been arrested in India for cutting off man’s hands, burn him alive for being a rivals

Some witches have been arrested in India for cutting off man’s hands, burn him alive for being a rivals 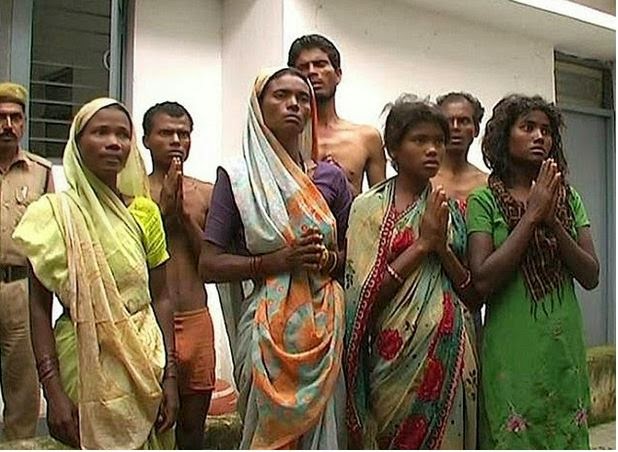 A group of witches and wizards (pictured above) in India have been arrested by the police after they chopped off an man’s arms and burned him alive for asking them for help in order to treat his sick 10-year-old son.

According to Police, Mr Chopra went to the local witch doctor named Parvati, for treatment for his 10-year-old son.But as soon as the family reached her place, Parvati accused Mr Chopra of being a rival sorcerer and ordered her disciples to kill him.


‘It was sickening. They surrounded him and took turns to stab him with tridents and hack at him with an axe.They cut off his hands because they said that was where his power was. My husband told them he had no powers, no witchcraft, but they wouldn’t listen. The more he screamed, the more they sang and the more they laughed. Then to make sure his power was gone for ever, they said they had to burn him. This was in front of our son who was terrified.’

Parvati and her followers allowed Sushma and her son to leave, but vowed to curse them if they told anyone. The pair ignored the threats and travelled all night to the nearest police station where they reported the killing.