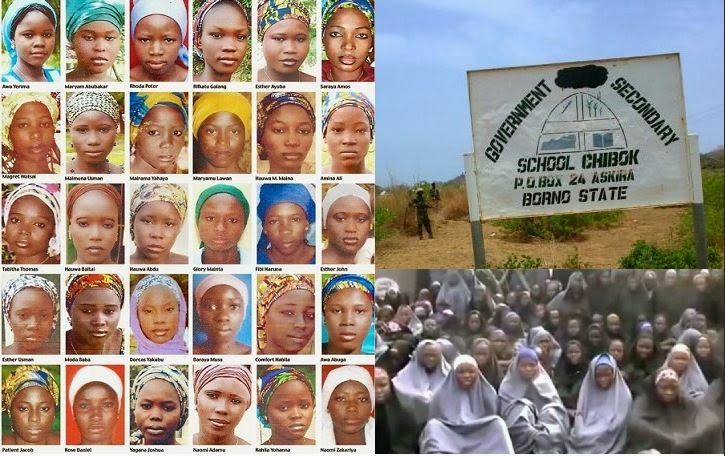 More than four months after dozens of schoolgirls were seized from their dormitory in Chibok, a sleepy community in Borno State, by the Boko Haram insurgents, fear is still the order of the day for many residents of the area. While some have remained in the community to pick what is left of their lives, others, for fear of being killed, have simply relocated to other parts of the state or found new homes far away from the volatile North Eastern region of the country. For scores in these categories, life has lost its meaning.

“I lost my brother to Boko Haram attack in April of this year in Chibok,” said Emmanuel Daniel, 25, who escaped from the area more than one year ago following series of attacks on Chibok and relocated to Lagos together with seven of his brothers.

“The escalating spate of violence by the militants made us run away from our village to Lagos. My parents advised us not to come back because they are afraid we could be killed by Boko Haram,” he said.

Since arriving in Lagos in search of lush and sparkling pastures, things have not completely gone well for the siblings. Though working as a driver in a part of the fast-paced city, Emmanuel and his brothers are still struggling to make ends meet. The safety of their parents, two sisters and relatives back home in Chibok constantly troubles their minds. But the death of their brother, Martins, spilled salt upon an already bleeding wound.

In a rare encounter with our correspondent in Lagos last week, Emmanuel, who lost four of his relatives to the April 14 abduction of over 200 schoolgirls by the insurgents, said, “Martins wanted to become great in life. He was hard- working and was focused on his future. But he was killed a day after he visited our parents in Chibok after nearly two years since we moved down to Lagos. We tried to persuade him not to go but he would not listen. He said he had missed our mother and that he wanted to see her at all cost. It was a few days later that our father called to inform us of his death.

“Last week my father also called that they had been sleeping in the bush because armed men were always coming to terrorise the community towards evenings. They have been living in fear for several weeks now. We are only hoping in God for their safety.”

He said the persistent attacks on his hometown and the dwindling peace in the region killed his dream of pursuing higher education at the University of Maiduguri where he once hoped to study accountancy. The situation leaves him deeply agitated.

Gabriel Mark (not real names) also had a touching story to tell when our correspondent met him last week in Lagos. Like Emmanuel and his siblings, he fled Chibok when the attacks assumed a deadlier dimension. Apart from losing five of his sisters to the infamous abduction, his entire farmland and life’s savings have all gone up in flames. He is afraid for his wife and children back in the community.

“As soon as you wake up in the morning, nothing comes to your mind than where you and your family would sleep when night falls,” he said.

“You cannot even think of what you would eat, it is where you and your family will spend the night that would be your major concern.”

He added, “When they come to operate, they don’t kill women, they face the men and young boys and kill them all. No matter how small a boy is, they would remove him from his mother’s back and kill him. So, our fear is that there is nowhere to hide or sleep. I have four children in Chibok. I am afraid for them but there is nothing I can do. The terrorists have taken sleep away from our eyes.”

Unable to get a decent job since he found his way to Lagos a few months ago, Mark is still hoping for the best.

Accepting only to speak to our correspondent after he was assured his identity would be protected, the 33-year-old father of four said he had yet to get over the shock of witnessing many senseless Boko Haram killings in his native Chibok town.

He narrated some of his scary experiences back home before making the long journey to Lagos.

He said, “On July 20, which was on a Sunday and at a time when Christians were in the church, the militants came into the community and killed more than 70 men worshipping in one of the churches. We the youths quickly gathered ourselves to face them but we did not have the kind of weapons with which to confront them. They burnt houses and destroyed so many other things that day.

“There was a particular young man who could not walk for about three months as a result of chronic waist pain and on that Sunday he insisted on going to church. When the attackers came, he was the first person to run out of the church. I don’t know how he did it but he managed to escape. When his father heard the news, he rushed to the scene to save his son but as soon as he got there, he was killed. His son survived but the father died. I cannot forget that day.”

Since the girls’ abduction, there have been numerous versions of what really transpired on the night of April 14, 2014. While some have blamed the authorities of Government Girls’ Secondary School for the incident, others pointed to the lack of adequate security in the area as the cause. Mark, who was in the community at the time, described what that day looked like.

“On the night the girls were kidnapped nobody expected it. Before the terrorists came into Chibok, they had passed through a village called Bolakle. The people there called the chairman of Chibok to inform him that the militants were coming and that everybody should get ready and team-up to defend the place.

“Immediately they arrived at Chibok, they started shooting up and all the soldiers fled. It was only one soldier that stayed back and faced them. He and one other vigilante man killed about five of the terrorists but their colleagues took their bodies away. Everybody ran out of the town.

“My sisters were in the school at that time and so when I called to find out how they were coping, they told me that they were trapped and there was no way they could escape. I advised them to sneak to the back of the school and try to jump over the fence and escape into the bush. But already the Boko Haram members had surrounded the school premises so there was no way for the girls to escape. They deceived the girls that they were the soldiers sent to Chibok to take them to a safer place. That was how they took away all the girls in a truck.”

He added, “The driver of the truck who is from Chibok spoke our local dialect to some of the girls that as he was moving, he would slow down as soon as he approached any bad portion of the road and that the girls who could jump should do so and run into the bush. That was how some of the girls managed to escape that night.

“We know some of the Boko Haram fighters because they used to be part of our communities. Shekau is from Maiduguri. Those who know him very well say he has always been a very stubborn person. They say he used to go to graveyard to sleep and it is from that time that his mind has become evil.

“The traditional ruler has been having meetings with the indigenes and it is from those meetings that a local vigilante was formed to protect the community. There are military men but they are not doing the work they are supposed to do. It is not just to sit there and when Boko Haram comes you run. That is not how to protect the people. It is only the local vigilantes that have been protecting Chibok now.”

Attempts to rescue the kidnapped girls from Boko Haram’s den since April 14 have failed to yield any fruitful result. Intelligence support from Western nations to help the Nigerian military locate and successfully free the young girls have not translated into any gain.

According to reports, many of the girls have been converted into sex slaves while some are already believed to have been used for suicide bombing operations in recent weeks after their forceful conversion to Islam