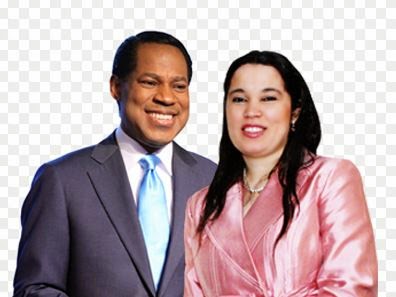 According to reports, the marriage of Christ Embassy Church founder, Pastor Christian Oyakhilome, and his wife, Rev. Anita Odegwa Oyakhilome, has finally dissolved. The wife is seeking divorce on the grounds of “unreasonable behaviour” and “adultery”.

Efforts to reconcile the popular couple, whose church is one of the biggest denominations in Nigeria and has branches all over world, have failed. They have two teenage daughters, Sharon and Charlyn. Oyakhilome is the president of Believers’ Love World Inc, the registered name of the Christian ministry, while his wife is the vice-president.


The pastor, according to an elder of the church, has denied allegations of adultery and believes his wife is being influenced by “bad friends” who are intent on destroying their home. While Anita believes she has been relegated in the scheme of things in the church, her husband has reportedly accused her of trying to usurp power and authority above her seniors in the ministry. It was revealed that the pastor had been making efforts to avoid divorce in the hope that the wife would eventually have a change of mind.

However, TheCable can also report that the decree nissi was served on the charismatic pastor in his hotel room during a recent visit to the UK. Decree nissi, in legal terms, is like a yellow card in a football match which is a precursor to a red card (“decree absolute”) if no new evidence is provided to stall proceedings.