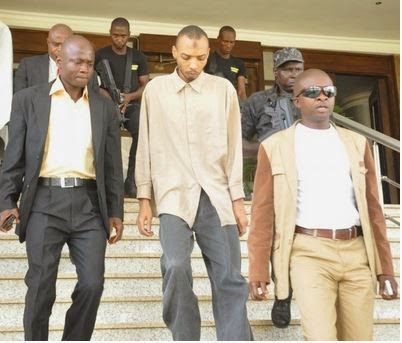 Aminu Ogwuche (m), suspected mastermind behind the April 14 Nyanya Explosion in Abuja, after his appearance at the Federal High court in Abuja on Monday

According to Premium Times, the court struck out a two-count terrorism charge against Oguche after months of trial over the tragic attack that left over 70 people dead.

The court made its decision based on “lack of diligent prosecution by the state.”