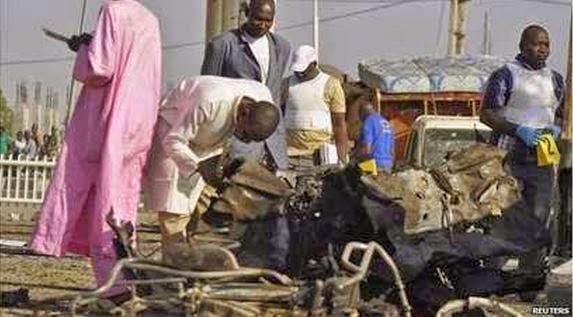 It only gets worse....Suspected Boko Haram extremists ambushed and slaughtered 48 fish vendors near Nigeria’s border with Chad...Abubakar Gamandi, head of the fish traders association, told AFP.

“Scores of Boko Haram fighters blocked a route linking Nigeria with Chad near the fishing village of Doron Baga on the shores of Lake Chad on Thursday and killed a group of 48 fish traders? on their way to Chad to buy fish,”

“The Boko Haram gunmen slit the throats of some of the men and tied the hands and legs of the others before throwing them into the lake to drown,”“The attackers killed their victims silently without the use of the gun to avoid attracting attention from the multi-national troops,” he said.

News of the attack was slow to emerge due to the destruction of mobile phone towers in the area by Boko Haram in previous attacks.

A military officer in Maiduguri confirmed it but said details were sketchy.

“We heard of the attack near Doron Baga but we don’t have any details because the area falls under the operational jurisdiction of the MNJTF,