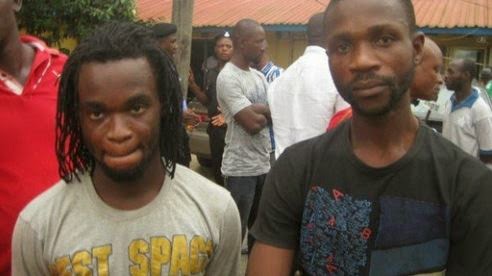 A 25-year-old Lagos musician named, John Sunday, confessed to Lagos police authorities yesterday, that he went into armed robbery because he needed money to launch his album.

“I am a musician from Ikofepepe in Akwa Ibom State. We were three in the gang, but one is on the run. I needed money to launch my album, Tureke Reggae; that is why I went into robbery. I was targeting N100,000,” Sunday said.

Commissioner of Police, Kayode Aderanti, revealed that Sunday and another of his gang members, Onyekachi were arrested on November 21st, after receiving a tip-off.

Onyekachi revealed that he became an armed robber in order to get money to feed his wife.

“I was a commercial bus conductor. We were operating on the Agege Total-Oshodi route. I just got married, but my wife is still in the village. I was looking for money to feed her whenever she comes to Lagos; that was why I went into armed robbery.”