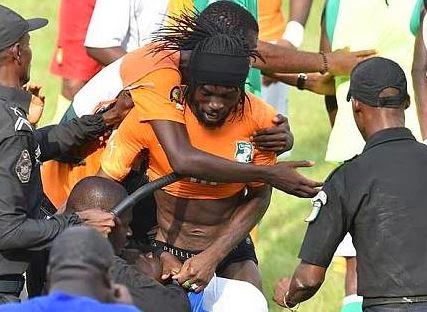 Ivory Coast player Gervinho was caught trying to smuggle a girl on a private plane while planning to take off from Ivory Coast where he played for the national team, to Roma, where he had to join back up with his club.

According to reports, the players were all on board and about to take off, unkown to other players that he planned to smuggle a woman onto the flight. When the Ivorian showed up for the flight, he had a girl with him. He reportedly bribed four members of the airport staff to let the girl past security, which they did, and then tried to convince the pilot to let her on.

After much argument and debate the pilot insisted on getting the girl off the plane before. The woman was left at Felix Houphouet Boigny Airport, while the four staff members were all fired. There is no word yet on whether Gervinho will face any punishment for his role in the incident, or how he could possibly be punished because this isn't exactly a common footballer problem.