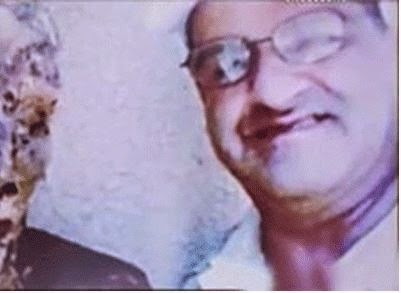 A Lebanese graveyard guard, Deab Saiqly, who loves to spend time in the graveyard, dug up his mother's grave and took a selfie with the corpse, according to an MBC TV report.

The MBC TV Channel interviewed the man and asked a psychologist to analyze the case, and the man seemed very normal and showed no sign of any mental problems.

Deab, during the interview, said he feels happiness being among the dead. He also said he rejected a proposal for marriage from a lady in the US because he did not want to leave the grave where he works. He says he often takes selfies with corpses, but only kept the picture with his mother.