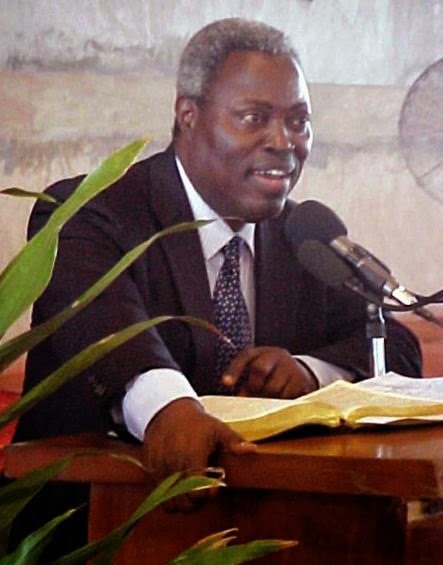 The General Superintendent of the Deeper Life Bible Church, Pastor William Kumuyi, has said that God will not allow Nigeria to break up in 2015.

He said that regardless of the political tension, insecurity and predictions that Nigeria would break up in 2015, the country would not be dismembered.

He spoke on Tuesday during a media briefing for the commencement of the Deeper Life Bible Church three-day crusade at Eiyenkorin in Ilorin, the Kwara State capital.

He advised against utterances and acts that could divide the country, saying that God’s purpose is for Nigeria to remain united.

He stated that there would be life transforming encounters with God, adding that God would lift the burden of people during the crusade.

Kumuyi said, “Sometimes people misunderstood the power of prophecy and there are people who will make negative pronouncements. Pronouncements are not necessarily prophecies. Every utterance on Nigeria breaking up is a pronouncement made from observations and not prophecies.

“I believe those who made those pronouncements based on some things they see or feel should say ‘they feel Nigeria may break up’ and not that God said that. Because if God could hear the voice of only Moses and spared Israel and they still exist over 3,000 years after, then God loves Nigeria and would not allow it to break up.

“God has a purpose for Nigeria. When people talk of division, the truth is that once you start the process, it never ends. Once you say, ‘people in the North, go your way and those in the South, go your way,’ there are other people who will also rise up to say they too want to go their own way even within you. You know what happened in the 1960s; several sides will begin to be asked to go away but I know that God has a purpose for bringing Nigeria together and we shall remain one.”

Kumuyi also advised the electorate to elect leaders based on competence rather than on sentimental considerations.

He added that leaders should not be elected necessarily because of their religious or ethnic cleavages but should be elected based on their ability to deliver dividends of democracy and good governance to the people.

He urged the electorate to evaluate the manifestos of political parties and politicians and vote wisely and rightly.

He also called on Nigerians to be committed to nation building, adding that the Federal Government and the security agencies should continue in their efforts to address insecurity and other violent crimes in the country.

He also urged Nigerians and clerics to continue to pray to God to intervene and bring an end to insecurity in the country.