Nigerian man Sentenced to Death in Malaysia For Drug Trafficking 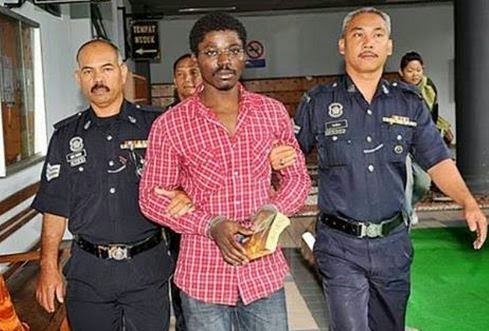 A 35 year old Nigerian man was sentenced to death on November 25th by a Malaysian High Court for trafficking in 251.66 gm of methapethamine.

Abuchi Ngwoke, was arrested in May 2012 at a Malaysian airport. He had swallowed the drugs.

The High court judge described Ngwoke’s testimony about swallowing gemstones in Nigeria before traveling to Malaysia as absurd. A date is yet to be set for his execution.