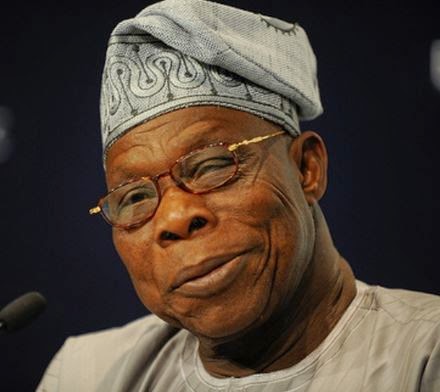 Former President of Nigeria Olusegun Obasanjo aka OBJ on Wednesday blasted the National Assembly and tagged it an assemblage of looters and thieves. Read below what Baba Iyabo said while speaking at the public presentation of the autobiography of Justice Mustapha Akanbi, in Abuja...

He accused the President Goodluck Jonathan-led executive of making direct payments to the legislature in order to cover up its wrong doings.

“Apart from shrouding the remunerations of the National Assembly in opaqueness and without transparency, they indulge in extorting money from departments, contractors and ministries in two ways,” Mr. Obasanjo said.

“They do so during visits to their projects and programmes and in the process of budget approval when they build up budgets for ministries and departments, who agree to give it back to them in contracts that they do not execute. They do similar things during their inquiries.”

Mr. Obasanjo said the Goodluck Jonathan’s administration has upped Nigeria’s corruption level through the huge sums of money it has been paying to the National Assembly to stop investigating its corrupt acts.

He said, “Corruption in the National Assembly also includes what they call constituency projects which they give to their agents to execute but invariably, full payment is made with little or no job done.

“In all this, if the executive is not absolutely above board, the offending members of the National Assembly resort to subtle or open threat, intimidation and blackmail. When the executive pay the huge money, normally in millions of dollars, all is quiet in form of whitewashed reports that fail to deal effectively with the issues investigated.”

The former president insisted that over the years, the National Assembly never singled out any corrupt lawmaker except where the executive led in the indictment of a member.

He said with a largely corrupt legislature, Nigeria is doomed.

“When the guard is the thief, only God can keep the house safe and secure,” he said. “But I am optimistic that sooner than later, we will overcome.

“God will give us guards of integrity and honesty with the fear of God and genuine love of their people and their country.

“Today, there is no institution of government that is not riddled with corruption, not even the military. As the people cry out, where then is the salvation.”

The former president also drew attention to the growing level of youth unemployment in the country, warning that unless urgent steps are taken to address the situation, the country could implode.

Mr Obasanjo provided figures suggesting that out of the country’s estimated 178.5 million population, 70 per cent are below 30 years, with 54 per cent being unemployed.

“I have no doubt in my mind that youth unemployment, youth dissatisfaction and youth frustration were part of the causes of the so-called Arab Spring from which Libya and Egypt have not yet fully come out and which caused insecurity and instability in the whole of the Arab world.

“We must learn the right lessons and put in place, programmes that will address youth empowerment and youth employment, youth discontent and youth dissatisfaction and youth frustration to avoid youth anger and explosion generated there from,” Mr. Obasanjo said.