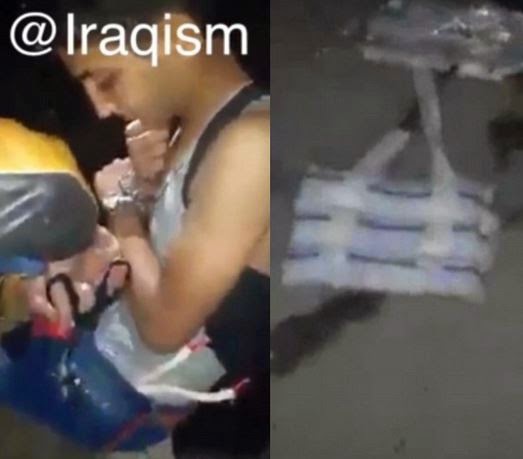 A Syrian boy escaped from Isis - by volunteering as a suicide bomber and then handing himself in at the mosque he was meant to blow up.

Usaid Barho had a bomb vest strapped to his body before travelling to a Shi'ite mosque in Baghdad, Iraq where he was supposed to detonate the explosive device.

But rather than killing himself and countless others, he took the brave decision to defy his orders by unzipping his jacket and handing himself in to guards standing nearby.He had reportedly walked up to the gates of the mosque in the Bayaa district of Baghdad before telling guards he did not want to blow himself up. According to NYTimes, he said

“They seduced us to join the caliphate,“I believed in Islam.They planted the idea in me that Shiites are infidels and we had to kill them,” .If he did not fight, he was told, Shiites would come and rape his mother

The newspaper describes how he was taken to a training camp before being given a choice of becoming a fighter or a suicide bomber. He chose the latter hoping he could immediately surrender.

'I raised my hand to be a suicide bomber.If I were a fighter and tried to surrender to security forces they might kill me, with my gun in my hand.'

Usaid was reportedly transferred from one Isis operative to another as he made his journey towards the mosque before he was finally given his target and informed of his target.

It is believed that the teenager is currently being held at an Iraqi intelligence site.