Australian based man murders lover, dumps her corpse on the road in Benin [GRAPHIC PHOTO] 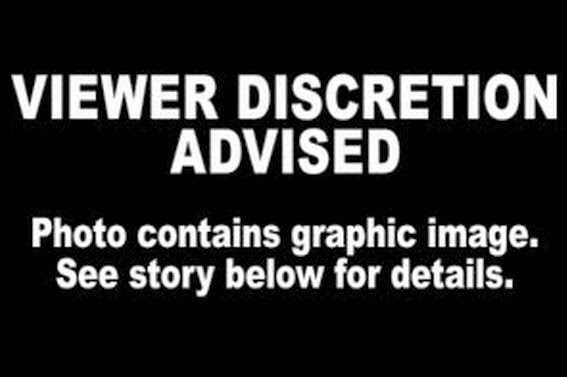 It was a black Christmas for the Aifuwa’s family of Upper Mission extension, a suburb of Benin city following the gruesome murder of their daughter, Grace Aifuwa by her Australia based lover, simply identified as Festus Aimufua.

The incident, which occurred in the early hours of Thursday when Edo residents were busy celebrating the yuletide, left many bewildered and wondering what led to the death of Miss Grace Aifuwa.

Leadership Weekend learnt that Festus, popularly called (Two Million) by friends and family, had engaged in a bitter quarrel with the deceased over undisclosed reasons, before he allegedly ploughed into her with his car, dragging her on a tarred road for over 500 metres.

Residents woke up to discover her lifeless body, which was reportedly dumped close to Oando filling station at Uppers Mission.

When we visited the scene, scores of sympathisers had besieged the area to catch a glimpse of the corpse, with many wailing uncontrollably.Some relatives of the deceased described the act as barbaric and charged the police to investigate the incident in order to bring the perpetrators to justice.

The alleged killer is said to have been arrested and detained at the Oregbeni police station. 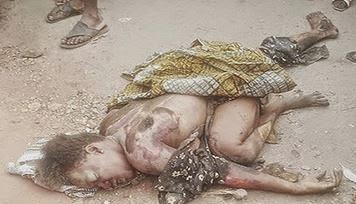 The Edo State Police Command of the Nigeria Police Force has declared a manhunt for a suspected witness of a dastardly murder that was likely committed in the early hours of Christmas Day. The manhunt followed the arrest by the Ikpoba Hill Police Division of the suspected murderer, Mr. Festus Aimufua, for the wicked murder of one Ms. Rose Aifuwa, a middle-aged Benin woman based in Austria, who had come home in a healthy, hale and hearty condition to celebrate the Christmas and New Year festivities with her family and friends. Mr. Aimufua, who was said to be a lover of Ms. Aifuwa before she traveled to Austria, murdered the deceased and thereafter dumped her corpse on the road along Upper Mission Street extension around Oando Filling Station in Benin City in the early hours of Christmas Day.

The gory sight of the woman’s physically assaulted and mangled body on the tarred road of the highly populated market street soon attracted a large crowd of onlookers some of whom would in no time identify her corpse and family, resulting to the invitation of the police and eventually, investigation into her sudden death. In spite of the scanty information surrounding the death, the state police command soon began to unravel the mystery surrounding the woman’s death with the arrest of the lover in connection to the murder.

Saturday Mirror reliably gathered that Mr. Aimufua, the alleged murderer and lover popularly known as “Two Million,” might have killed the deceased after she insisted on collecting a certain amount of money running into millions of naira, which he allegedly owed her. Sources said the debt accrued from the unpaid spare parts the woman supplied the lover boy who owns a spare parts shop in Benin City.