Home Gossip News Borno State Is Gone! Nigeria Does Not Have The 47 Days Till Elections Toward Handover

Borno State Is Gone! Nigeria Does Not Have The 47 Days Till Elections Toward Handover 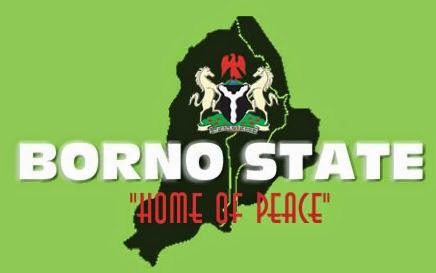 Borno state Deputy Governor, Zanna Umar Mustapha in a report in theNation of December 28th, 2014 announced that Boko Haram now controls 20 out of 27 local governments in the large state.

Only Maiduguri the state capital, Jere, Konduga, Kaga, Bayo, Kwayakusar and Biu local governments are still in the hands of the Nigerian state. The rest majority of Borno is ruled by the most callous, deadly and insane terrorist group in the world.

In early 2013 Boko Haram likewise came out of the forest and occupied most local governments in Borno; then ENDS.ng as part of an intelligence think-tank, strategically recommended the state of emergency and drafting of troops up north which President Jonathan obliged to and this pushed Boko Haram back into Sambisa; but the callous government and their friends in Chad decided to end the victory against the terrorists and seized the pursuit, allowing them to regroup and come back out of Sambisa and again occupy most of Borno this 2014. The fake ceasefire again this October organized by Jonathan and Deby after Stephen Davies exposed those allegedly behind the terror, did the same, allowing the terrorists to regroup kill many innocents in Borno and occupy north of Adamawa.

It is distressing to note that the Borno state governor does not make public state of the terror announcements and press releases to the world every day about the state of his citizens under Boko Haram government. Perhaps he has been desensitized over time or he is simply insensitive to their plight. The world should not leave a territory with over 2 million citizens under Boko Haram government for a day, talk less several months. This is Haram!

Nigerians have largely given up on the current army led by the Goodluck Jonathan government, however waiting for the elections in 47 days and then for the handover in 4 months simply does not cut it and is a crime against conscience and our people. The people of the northeast under Boko Haram governors from Chad—as a recent report in Leadership of December 15th, 2014 revealed—being slaughtered and raped daily, deserve more from Nigerians than this senseless wait.

Where are the human right organizations? Where are the activists? Where is the media to keep the plight of these occupied brothers, sisters, mothers and fathers in the headlines every day? Can we imagine and dare to comprehend the irreversible damage and implications of being governed by Boko Haram? Are we thinking about the thousands to hundreds of thousands of our youth being blended with ritual processes into the Boko Haram cult who are being sacrificed in wars against the state of Nigeria in their thousands? Can we imagine how these hundreds of thousands of youth will either need to be killed or rehabilitated permanently if we ever liberate them and the northeast from the terrorists? Are we thinking of those dying if not by Boko Haram bullets, then by the famine in the devastated, occupied territories—those not being fed by the cows Boko Haram runs into Cameroon to loot for food? Every day that goes by is another day of irreversible harm to our people and ourselves as a nation.

In the news Cameroon is killing thousands of Boko Haram soldiers; Boko Haram is killing hundreds of youth in Bama and elsewhere in the occupied Bokoistan land. These are all the children from the occupied territories facing death from all sorts of causes and as this genocide continues what is the only thing we tell them and offer them? To wait for @ThisIsBuhari? That is Haram. We cannot continue to wait; we must invoke our leaders to act now to liberate the northeast. We must support he Ibn Fadlallah warriors, the hunters, the Civilian-JTF; we ourselves must volunteer and as the Emir said, obtain whatever we can to liberate our parents and children. We must call on the world to sanction our leaders and arrest them wherever they travel to compel them to act and act now in keeping with their sworn obligations to provide security for the people. In the words of Goodluck Ebele Jonathan as he said in Turkey in 2011: “without security there is no government.” If there is no government today as there definitely is no security, we must impeach or by any other legal means evacuate Aso rock of the fraudulent imposters and murderous pretenders occupying it… the clueless looters in power who have coveted that space for access to Nigeria’s funds.

There is no time to waste. Only the wicked are silent while there is oppression near them. If tomorrow we are occupied by and governed by Boko Haram or any other terrorist organization, the way we will want the people to tear pant and bra and shout is what we must do for the innocent people of Borno who are being recruited and turned into weapons of war against us. Ultimately our urgent actions are in our best interest. By tomorrow, by February 14th there may be legions in Borno, 200,000 strong that will be trained and equipped to cause devastation not only to Nigeria but the entire West Africa. ISIS became what it is today and a threat to Europe due to the stupidity and carelessness of America and the west that likewise overlooked the developing crises we yelled about from when it was just 1000 men strong.

Dr. Peregrino Brimah; http://ENDS.ng [Every Nigerian Do Something] Twitter: @EveryNigerian