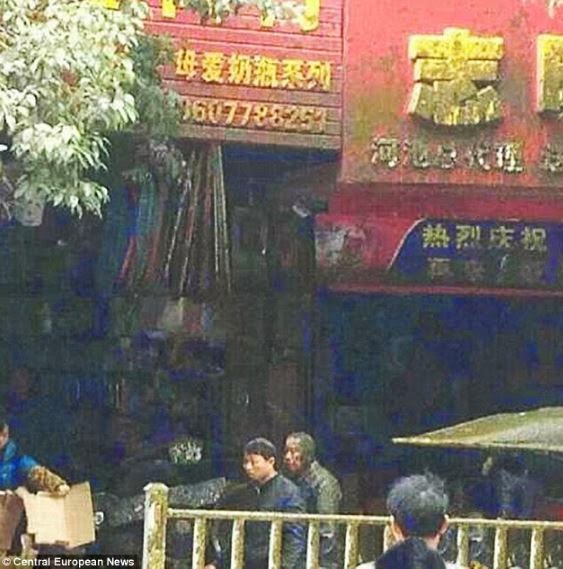 Stunned shoppers were showered with sewage and poop when an overfilled septic tanker blew up in Hectic China.

It was so much that they had to seek medical attention after having their faces covered in foul-smelling brown sludge . The owner of this shop was even less fortunate as his entire shop and contents were covered.

'I noticed some people gathered in the street and thought there had been a car accident.'I wasn't really paying attention, but then the smell hit me. It was disgusting.'Then I realised that a tank filled with some disgusting brown liquid had exploded, scattering it all over the street and the people who were shopping or walking past.


'At one of the shops, just about every item on display was covered in brown liquid. The shopkeeper was highly agitated.'He complained that everything was ruined and said he needed to shut the business for a week to clean up the mess.'

Police said the contents of the truck had mainly been from local sewers, but it also emptied septic tanks from public toilets from time to time.
Spokesman Cai Chin said: 'No-one suffered physical harm, but many of those covered sought medical attention for fear that chemicals used in the cleaning process, or indeed diseases from the sludge, could cause harm to those affected by the blast.' 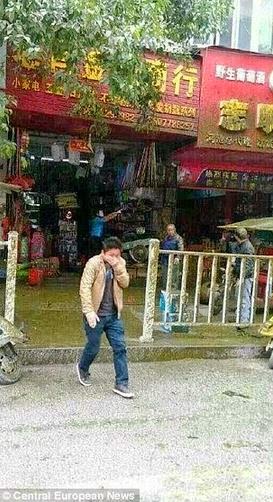