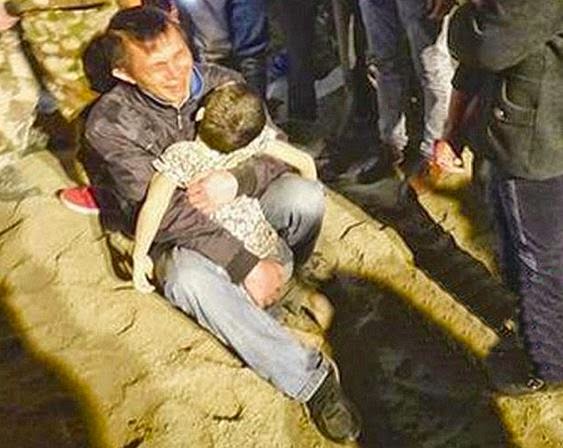 A heartbroken father cradled the body of his six-year-old son who was buried alive while building sand castles on a construction site.

Chien Hao died after a lorry dumped its load of sand on top of him as he played with his eight year-old sister and a friend of hers.

According to Mail online, the two girls, who had just managed to get out of the way in time, raised the alarm and builders, firefighters and the boy's parents attempted to dig him out with their bare hands.

The youngsters had sneaked onto the building site which local police said had not been properly secured and were playing in a mound of sand when the tragedy happened in Xiamen city in Fujian province, southeast China.

The surviving children said they had not noticed the lorry reversing towards them with a fresh load of sand.

The parents of the dead boy are demanding police action against the building firm for not securing the site and against the driver of the lorry who failed to check with anybody was behind him when dumping his load.

'We are carrying out an investigation following a complaint by the parents.The youngster was buried for an hour before he was recovered. It had to be done by hand to prevent injuring the boy with the shovels or any other digging instrument.

'Sadly after that much time crushed under the weight of the sand and unable to breathe he was dead. ' 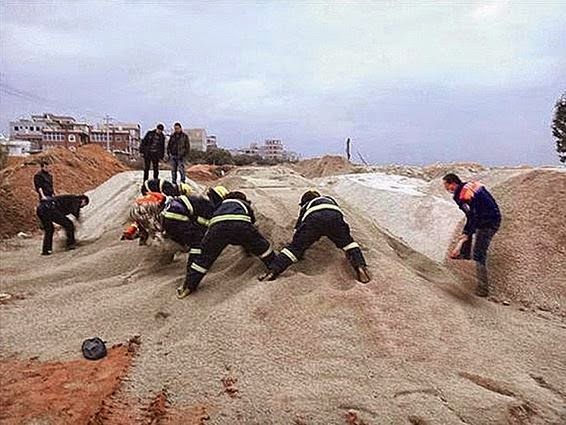 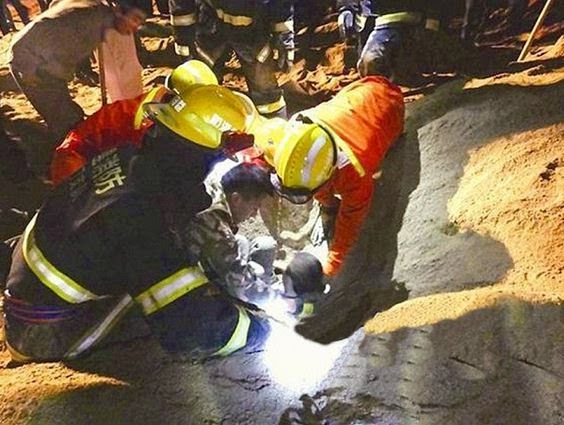