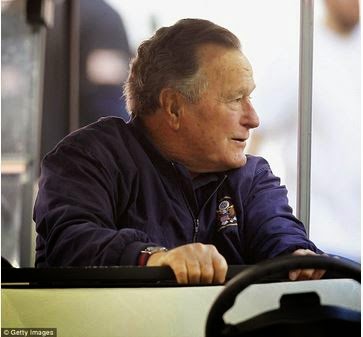 George H.W. Bush has been rushed to a Houston hospital after he experienced shortness of breath.

According to Daily Mail, the 90-year-old former US President is being kept for observation at Methodist Hospital, doctors say.

He was taken to the hospital by ambulance on Tuesday night. Representatives for Bush say the hospital stay is a 'precaution.'

The 41st president is the oldest living former commander in chief - beating 90-year-old Jimmy Carter by just a few months.

He held office for one term - from 1989 until 1993, after losing a reelection campaign to President Bill Clinton.

Bush, who can no longer use his legs, most recently appeared seated in a wheelchair at an event in November at Texas A&M University with his son, former President George W. Bush.