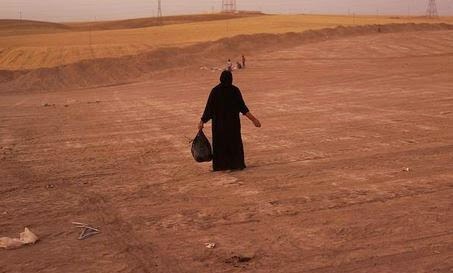 ISIS has executed at least 150 women for refusing to marry militants in Iraq, Turkish media has reported.


A statement released by Iraq's Ministry of Human Rights on Tuesday said the militants had attacked women in the western Iraqi province of Al-Anbar before burying them in mass graves in Falluja.

Some of the women killed were pregnant at the time, according to the Anadolu Agency.

"At least 150 females, including pregnant women, were executed in Fallujah by a militant named Abu Anas Al-Libi after they refused to accept jihad marriage,"Many families were also forced to migrate from the province’s northern town of Al-Wafa after hundreds of residents received death threats."