Home Gossip Judge Bars Husband from Having Sex with Wife

Judge Bars Husband from Having Sex with Wife 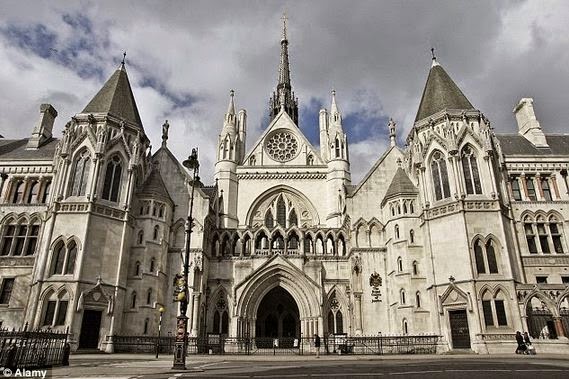 A husband has been banned from having sex with his wife by a High Court judge because she does not know she can refuse his advances, it was revealed yesterday.

According to DailyMail, the unidentified Bangladeshi man, who lives in east London, claimed he has the right under his Islamic culture to have sex with the mentally-disabled woman aged 39 whenever he pleases. He has already taken the wife's cousin as a second ‘wife’ in a polygamous Islamic marriage and had two children with her - although still demands the right to have sex with his first wife.

But with a mental age of four to eight, the wife - identified only as ‘TB’ - has been taken into care

under the Mental Health Act by the London Borough of Tower Hamlets where the family lived. All their four children have also been taken into care because she does not have the ability to care for them. But the husband - SA - married to her for 18 years, wanted her back home.

A Family Division judge refused this in an anonymised judgment released yesterday.

‘The evidence clearly shows that TB has barely an inkling of the health risks involved. She was unable to link sex to pregnancy. Indeed she had virtually no idea how her babies came to be in her tummy (as she put it). Although she found sex enjoyable and comfortable she had no idea that she had a choice and could refuse.

Indeed the attitude of SA, based, as he told me on his culture and religion, was that he had a right to seek sex from her and that it was her duty to submit.’

The judge said efforts to enlighten TB about sex, her rights, and the risks involved had failed.

‘It is doubtful that TB has ever had the capacity to decide to have sex, notwithstanding that she has had four children.’

The couple had a ‘volatile’ relationship and there were instances of domestic violence when the husband lost his temper. After their elder children had been taken into care the judge said it was ‘heartless’ of the husband to make her pregnant again knowing the child would be taken away at birth.

‘Sex is a, if not the, basic animal instinct. It is a very powerful instinct. Without it animal (or any) life would not exist. Nature has made it intensely pleasurable in order to seek to ensure the propagation of the species. Most physically fit humans are mechanically capable of engaging in sex irrespective of their mental capacity.

Although it is a powerful instinct (I myself would not describe it as visceral) it still requires a positive choice and society demands that that choice is freely exercised by both parties.

Our modern society views with repugnance and amazement those barbarous relics that once said, for example, that a man can force sex on his wife.’

Her husband wanted her to come home so he could have sex with his two wives on alternate days, said the judge.

'The right to family life is a qualified right and the evidence overwhelmingly suggests that it is in her best interests that she should live apart from SA. For this reason also it is necessary that SA's right to a family life is compromised.’

He also declared that she did not have the capacity to consent to sex and should be held in accommodation where she received 24-hour care, with the situation reviewed every six months. The judge said the polygamous marriage was valid under Islamic law but invalid in the UK.