Man killed by his own dog on Christmas Day [PHOTO] 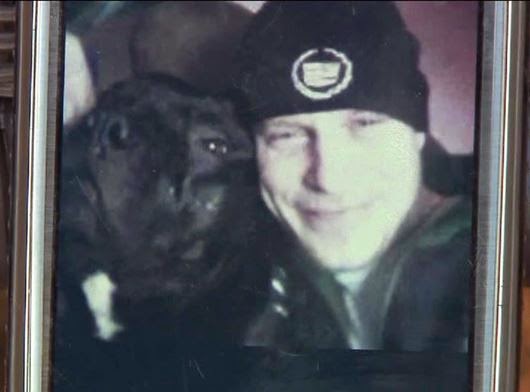 PORTAGE, Indiana — A man was mauled to death by his own dog on Christmas Day.

According to WGN, Eddie Cahill, 40, was in his home with his two dogs, Fat Boy and Keylo, Thursday. When his wife, who was away visiting family, arrived home at about 5 p.m., she found Eddie dead in their living room. He had several dog bites, and Fat Boy had blood on his mouth.

Animal control officers who responded to the scene had to use a taser to get the dog under control. The family requested the dog be euthanized.

Eddie’s family said they never had problems with Fat Boy before. However, a police report states she told officers the dog had been violent and unpredictable in the past.

As you lay your bed!... Using a dangerous animal as a pet!