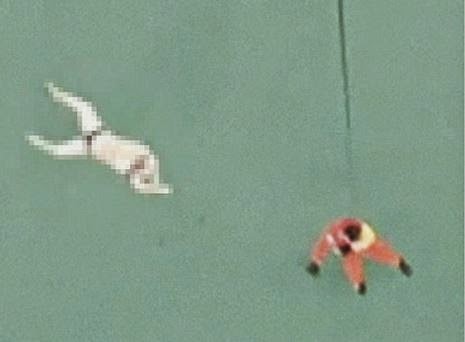 New reports suggest that, teams searching for the missing AirAsia flight 8501 have found up to six dead bodies, luggage, a plane door and an emergency slide floating in the water off the coast of Borneo Island.

Indonesian officials coming off a helicopter said they spotted a numerous bodies over 40 floating in the water..

Images shown on Indonesian television showed at least one bloated corpse floating in the water, causing many of victims' relatives - who were watching live reports at crisis-centre at Juanda International Airport in Surabaya - to burst into tears, and at least one woman to collapse in grief. Navy spokesman Manahan Simorangkir confirmed the discovery to TVOne, saying several victims were found....

So sad but unlike the missing Malaysian flight, atleast the families will have closure 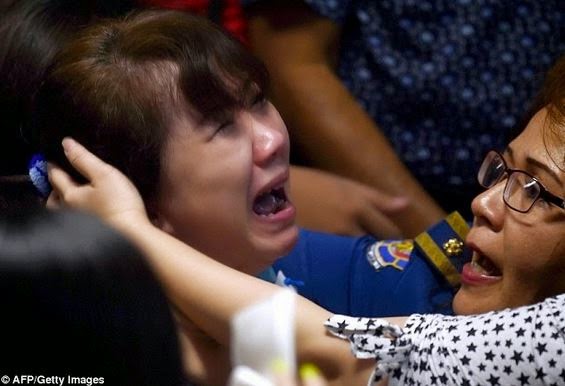 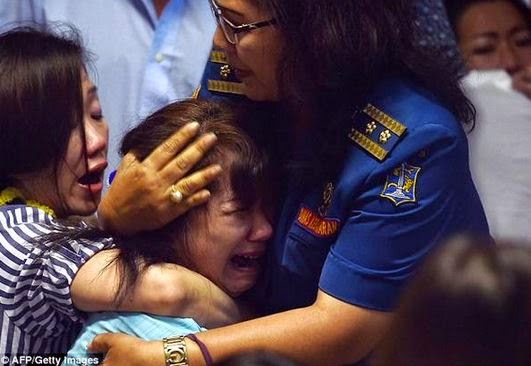