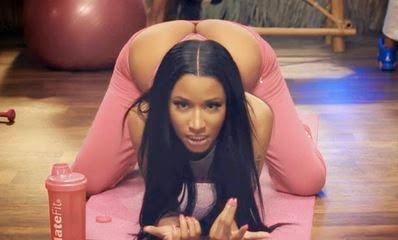 Nicki Minaj is about as thick-skinned as they come, but she opened up about a decision that left her heartbroken back in her teen years.

The 32-year-old rapper spoke to Rolling Stone about a pregnancy that ended in abortion while she was still in high school.

“I thought I was going to die,” she says when she found out she was pregnant. “I was a teenager. It was the hardest thing I’d ever gone through.”

According to Rolling Stone, the father of her unborn child was an older guy from Queens that she dated while still attending Manhattan’s Fiorello H. LaGuardia High School of Music & Art and Performing Arts.

While the “Anaconda” singer admitted that the decision to have an abortion has “haunted [her] all [her] life,” she thought that it was the right choice at the time.

“It’d be contradictory if I said I wasn’t pro-choice,” Nicki told the mag. “I wasn’t ready. I didn’t have anything to offer a child.”


Still, Nicki acknowledges that not everyone is going to like what she has to say.

“Millions of people are gonna hear it,” said Nicki. “And you gotta watch everything you say — people find an issue with every f***ing thing.”

Nicki first rapped about the incident on a track called “Autobiography” from her 2008 mixtape, Sucka Free, but made headlines with a reference to the event on “All Things Go” from her latest album The Pinkprint. On the track, Nicki makes the confession in a verse that focuses on her dreams for her younger brother, Micaiah “Caiah” Maraj.

“I want Caiah to go to college, just to say we did it,” she rhymes. “My child with Aaron would have been 16 any minute / so in some ways I feel like Caiah is the both of them / It’s like he’s Caiah’s little angel, looking over him.”

Lately, Nicki has been very open about her goal to start a family. Earlier this month, she told Ellen DeGeneres that one day she wants “a little cute fat baby.”

In November, she also told Complex Magazine, “If I’m done with my fifth album and I don’t have a child by then, no matter how much money I have, I would be disappointed, as a woman, because I feel like I was put here to be a mother.”