Home Celebs Entertainment Gossip Nicki Minaj opens up on sleeping with Drake, and who owns the biggest D*ck in the industry

Nicki Minaj opens up on sleeping with Drake, and who owns the biggest D*ck in the industry 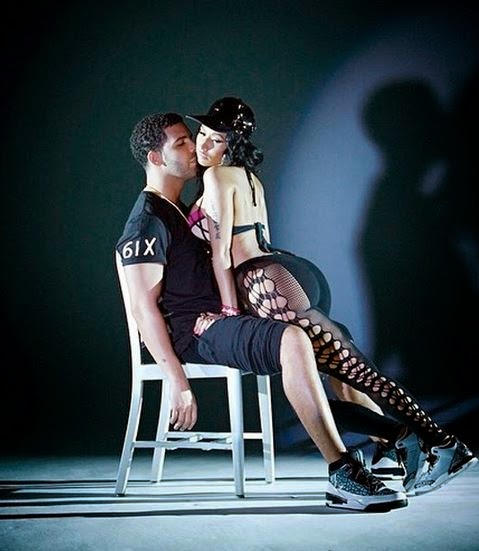 Nick Minaj and Drake have had many wondering in the past if there is more to their friendship. His lyrics have always suggest he would like to get down with her...

However, she always claims they are sister and brother. She finally shutdown all hopes of she and Drake being more than friends.

"If you were single and Drake was single, would you want to sleep with him?"
"No," Minaj said. "No."

Cohen then asked, "You love him in a different way?"
"Yes," she replied.

Cohen then got a little X-rated. He asked
"You once rapped that you've 'got a big fat a*s / big di*ks follow.' Right? Who has the biggest dick in the music industry?"

Minaj, who appeared taken aback, said,
"I've never seen anybody's penis in the industry, actually. I saw one penis for 10 years [belonging to ex-boyfriend Safaree Samuels]. That's all I'll say about that."