Home Gossip News Student Held His Father Hostage, Stabs Him in the Eye for Failing to Buy Christmas Clothes For Him

Student Held His Father Hostage, Stabs Him in the Eye for Failing to Buy Christmas Clothes For Him 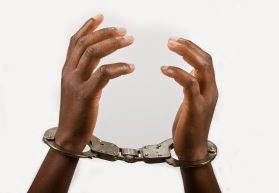 A secondary school student in Oshodi area of Lagos threw decorum to the wind yesterday, when he stabbed his father in the right eye for failing to buy him Christmas clothes.

The boy, a Senior Secondary School (SSS3) student, who was identified simply as Ikechi, was said to have held his father, Anthony, hostage for some minutes in their apartment on Arowojobe Street, Osodi, before committing the dastardly act, because the man failed to buy him Christmas clothes.

According to family members, Anthony was said to have explained to Ikechi that he had only “small money” which barely paid for the Christmas clothes of his three siblings, but all appeals made by his father fell on deaf ears.

Ikechi’s cousin, Ukachukwu, revealed that Ikechi was so livid that he quarrelled with his father through the night, insisting that he must get his Christmas clothes, because he wanted to wear it to the birthday of a friend at one of the beaches along the Victoria Island-Epe Expressway, on Sunday.

According to Leadership, Ukachukwu said that, when Anthony, who works as a guard in a hotel, wanted to leave for work, his son would not let him leave.

“He accused his father of hating him and, fed up with his complaints, the man got his belt and began to flog the boy. As his father continued flogging him, Ikechi reached for a knife and stabbed him straight in the eye. Upon seeing the horror of his deed, Ikechi took his heels. When I wanted to run off to the police station to report the issue to the police, his mother begged me not to, as it will ‘involve more expenses.”

Anthony, who was rushed to the hospital right away is under intensive care, while family members are praying for him to see properly with the eye again.

“But I doubt if he will still see with that eye again,” Ukachukwu said.