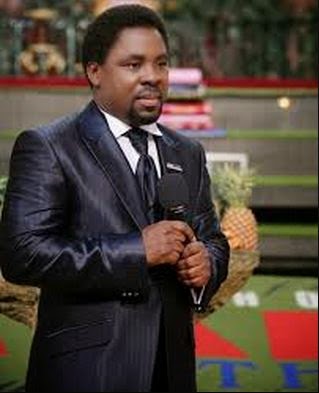 Prophet T.B. Joshua has released a video via his YouTube channel Emmanuel TV showing a purported prophecy he gave regarding the disappearance of AirAsia Flight 8501 in Indonesia this morning.

"I have a message for the nation, Indonesia,” Joshua is seen telling congregants in the video. “When it comes to this disaster issue, I don’t want to mention it,” the cleric continued, before calling on the faithful to pray for the Asian nation.

“It looks so nasty to me to mention - a situation where it will cost a lot of lives, suddenly,” he went on. “This is a crash. Why should this continue to happen there?”

Joshua goes on to point to a problem in the ‘geographical atmosphere’, calling on the relevant authorities to ‘look into it’.

The plane went missing after pilots asked to change course to avoid bad weather during a flight from Indonesia's Surabaya city to Singapore.

On board were 155 Indonesians, three South Koreans and one each from Singapore, Malaysia and Britain, plus a French pilot.

“We pray that God would strengthen the friends and family members of all those involved in this tragic incident,” Joshua wrote at the end of the YouTube clip.

T.B. Joshua is alleged to have prophesied two other major plane-related incidents this year, namely the disappearance of Malaysian Airlines Flight MH370 and the shooting down of Flight MH17 on the border of Ukraine and Russia.