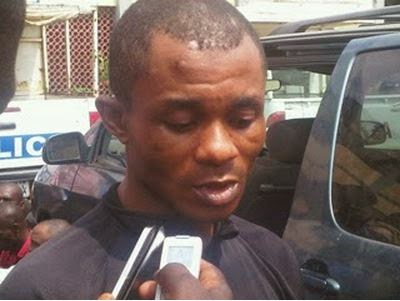 A trader at Alaba International market, Ojo, Lagos, western Nigeria, and leader of an 8-man trans-border robbery gang, Nnamdi John, has confessed that he led a successful robbery operation during which they carted away N100 million.

He said he used his share of N28 million to build a mansion in Lagos State, western Nigeria.

The 42-year old John was paraded along with seven other members of his gang by the Lagos State Commissioner of Police, Mr Kayode Aderanti on Thursday. 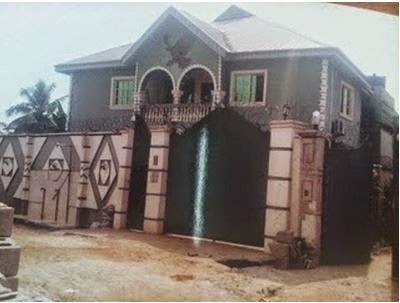 The Abia State-born John said he used part his share of the proceed to build a magnificent mansion at Igando where he lives with his family, adding that he also bought other properties with the robbery loot.

The father of three said he was a trader selling musical instruments at Alaba market before he decided to join robbery after he discovered that he was not making enough money in his business.

He said after he was introduced into robbery by his friend he identified as Okonkwo, it did not take long before he became rich.

John also revealed that their robbery operations were carried out beyond the shores of Nigeria as they raided other African countries such as Niger Republic and Mali where they made huge sums of money in foreign currencies.

He said his men raided a community bank in Port Novo in Benin Republic, and a Bureau de change and filling station in Mali.

In Nigeria, John confessed that his gang has been involved in robbery operations in Ikorodu in Lagos, Port Hacourt in Rivers and Kano State.

John confessed that one of their biggest heists was their robbery operation in a bank at Alakija area of Lagos where they carted away N100 million  and shared it.

Parading the suspects, Aderanti said he received information about some deadly trans-border armed robbers in Iba, Festac and Igando and immdiately directed the Special Anti-Robbery Squad, SARS,  led by Abba Kyari to go after them.

He said the SARS went to their hideout at Victory Estate, Iba along LASU/Igando Road where Igbi and Umeh were arrested.

He said their arrest led to the arrest of other suspects including their leader, John, and seizure of their operational Toyota Sienna Space bus with registration number, KSF 876 CU.