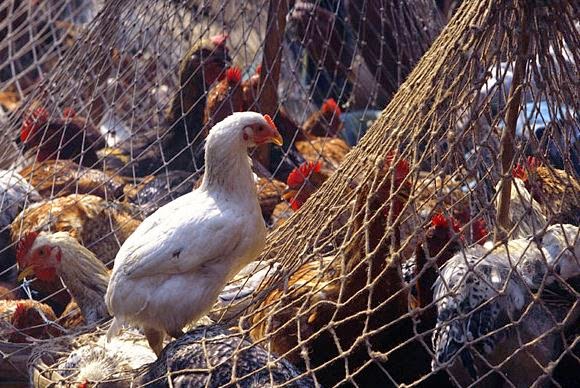 The Ogun State government Monday confirmed the outbreak of Avian Influenza otherwise known as bird flu in the state.

The state commissioner for Agriculture, Mrs Ronke Sokefun made this disclosure while addressing newsmen in Abeoukuta, the Ogun State capital yesterday.


She said samples of birds taken from another poultry farm on Obalende-Ikangba Road in Odogbolu Local Government area of the state had tested positive to the disease.

Minister of Agriculture, Dr. Akinwunmi Adesina, had on January 21 in newspaper reports, listed Ogun State as one of the seven states harbouring the bird flu virus.

She noted the discovery was made after a state-wide surveillance and live bird market decontamination exercise initiated along the border towns of Sango, Ifo, Akute, Sagamu, and Mowe-Ibafo axis, considering their nearness to Lagos.

Her words, “Other markets in Abeokuta, Ijebu Ode, Ilaro and Ayetoro were not left out.”

Speaking further, the commissioner said the samples were sent to the National Veterinary Research Institute, Vom, near Jos in Plateau State.

In a related development, the state chairman, Poultry Association of Nigeria, Dr. Olalekan Odunsi, however, said there was no cause for alarm over the outbreak of the disease.

He said the association in conjunction with other neighbouring states had held stakeholders meeting on ways of containing the virus.

He said: “We have sent SMS to our members on advocacy and the need for them to take preventive measures on their farms.

“There is no need to panic. The areas affected are under surveillance”.