Dokubo is a Cowardly Terrorist 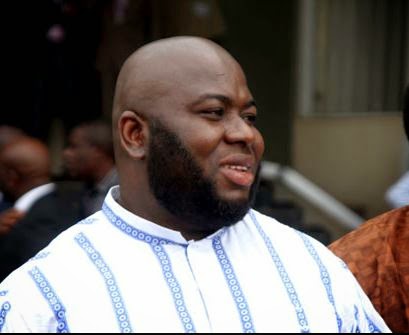 As quoted in PremiumTimes, Asari Dokubo said “We are going to war. Everyone of you should go and fortify yourself.” In a meeting of terrorists and associates held in Yenagoa Saturday, the enemy of the state and other desperate folk, threatened Nigeria that if their premiere didn’t win the February 14th presidential elections, they will go to war.

Asari Dokubo is a terrorist; and a cowardly one. If he were not a coward and he really believed he owned the oil underneath his father’s house, he would have taken what is his and not preoccupied himself being a loud, empty barrel.

If you’re a terrorist, be a terrorist. Real terrorists don’t make noise. Real men don’t talk, they do. Why has Asari waited so long? What is he waiting for? If I believe something belongs to me, I will take it, legally or otherwise, I will not wait and keep opening my big mouth, making loud empty threats.

Dokubo’s brother in Sambisa is not a coward. Shekau believes he owns (wants to own) the land of the northeast and he’s going for it, come rain, come shine. NSA Dasuki said in UK last week, that Shekau is linked to the Idriss Deby. Shekau is going for the land every day and is not waiting, making empty threats. He’s a real terrorist, not ashamed of his evil profession. Though Shekau doesn’t do the fighting, he relies on recruiting and forcefully conscripting Kanuri, Shuwa Arab and Fulani youth in the northeast to do his dirty bidding, he does it.

Asari did not accept the amnesty. He didn’t sign it, which means he is still an active terrorist and still at war with the state. So the question is—why has he not been fighting? What has he been waiting for? He is a coward. He should be thankful to Jonathan, whose number one (and only) legacy is freedom, freedom for thieves, freedom for killers, freedom for terrorists, and of course freedom for cowards.

But yet, I must commend Asari, because he is honest. He has told us clearly that he only supports Jonathan because he feels Jonathan is from his hometown. He has stated unequivocally that he is sure that “that Fulani man,” General Buhari would have done more for the Niger delta than Jonathan has done. He’s honest enough to say that he only supports Jonathan out of his desperation for cash and because of his village (“monkey no fine but hin mama like am,” he said). Many people are not as honest as he is. The president for one isn’t. The barbarian Shekau also isn’t. They hide their true purpose and goals, and pretend, enshrouded in lies. Asari says it as it is. He says the president is clueless and I am hungry.

Of what use is it that a man gains the riches of the world and loses his soul?

I pity Asari, because Jonathan has disgraced and uselessed him. Asari is unarguably intelligent and humorous-clownish. He could have been a respected figure not just locally and nationally, but globally. Had Obasanjo picked an at least manageable candidate from the Niger delta, he would have been able to get his bread and keep his name. But now he has shamed himself, and disgraced his family name. He’s an object of ridicule. A chief soldier of the Clueless General. A disciple of the Okrika jesus. A Fani-Kayode.

You remind me of my three year old nephew: "don't talk to me; I am not your friend." "You must vote for him or I am taking "my" oil." Take "your oil" but make sure you take your "monkey wey no fine" with you and tuck him in bed. Or he tucks you in bed... whichever it is. We ‘bout to put our country back on the map, man. Shame nor dey catch you? Whatever did the people of Baga do to you? Did they ever smell or utilize oil that you believe they must die and millions of Nigerians must keep on suffering? Oil drunkard.

If you were not a coward, why did you not go to Sambisa and show us your muscle by rescuing our daughters so you would become a national hero and we would have even made you our president?

Disgrace to the Kalabari kingdom and the brave Amachree Kings.