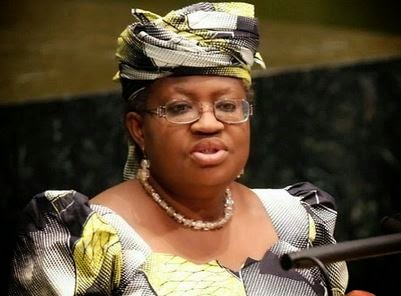 The Federation Accounts Allocation Committee, FAAC, meeting for November ended in confusion in Abuja as representatives of Nigeria’s 36 states and the Federal Capital Territory accused the federal government of not accounting for about $1billion (N168bn) of excess crude oil money.

The Chairman of State Commissioners of Finance, Timothy Odaah, told reporters after the meeting which ended Tuesday night, that no state knew how the $1 billion difference reported in the Excess Crude Account balance, between October and November, came about.

Prior to the October FAAC meeting, the Minister of Finance, Ngozi Okonjo-Iweala, had told reporters that the balance of the Excess Crude Account stood at $4.11billion.

At the event, the minster also revealed that the country’s external reserves rose from $36.6b in June to $39.48b as at October 16. The balance in the Sovereign Wealth Fund (SWF) stood at $1.55 billion.

But, at the end of the FAAC meeting on Tuesday, the Minister of state for Finance, Bashir Yuguda, told reporters that the current savings in the ECA had a balance of about $3.1 billion, raising questions about the $1billion difference.

The FAAC meeting is a monthly gathering of state finance commissioners and the federal finance ministry and the Accountant General of the federation, where federal oil receipts are shared between the federal and state authorities.

With falling oil price, the 36 states have turned more attention on the Excess Crude Account, which has depleted from more than $40 billion in 2007 to about $4 billion in 2014.

Though Mr. Odaah said the discrepancy has been noted for discussion at the next FAAC meeting, his disclosure called to question how transparent the management of the excess crude revenues is.

Mr. Odaah had said on October that owing to the dwindling revenue allocation to the states from the federation accounts as a result of falling oil prices, the states had sent a request to President Goodluck Jonathan that $2 billion be shared.

But in the latest meeting, he said no one can tell how the balance suddenly dropped from $4.1b to $3.1b.